This is my first competition, although I have thought about participating since a while. Now the theme is close to me, I like this technique, and I also like all the swirls in soaps. So I entered the contest.

First I wanted some colorful Turkish folk pattern, but than I had an other idea: why not make a very Hungarian soap using the ebru painting technique.

Our folk art is so rich and colorful it was hard to find just one picture for my inspiration. Finally I selected this beautiful Hungarian  "Matyó"  folk embroidery: 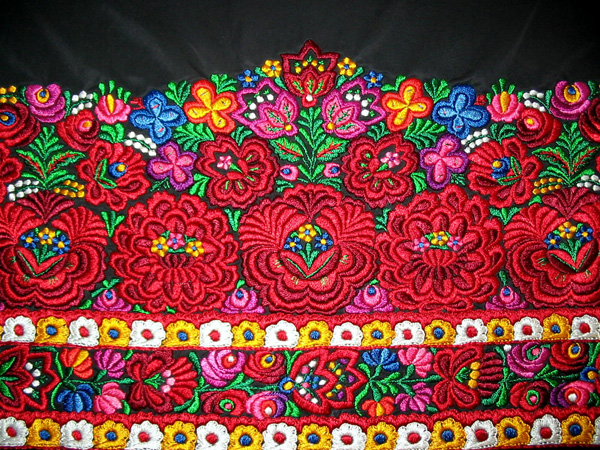 I made a plan but I also improvised a bit during my work: 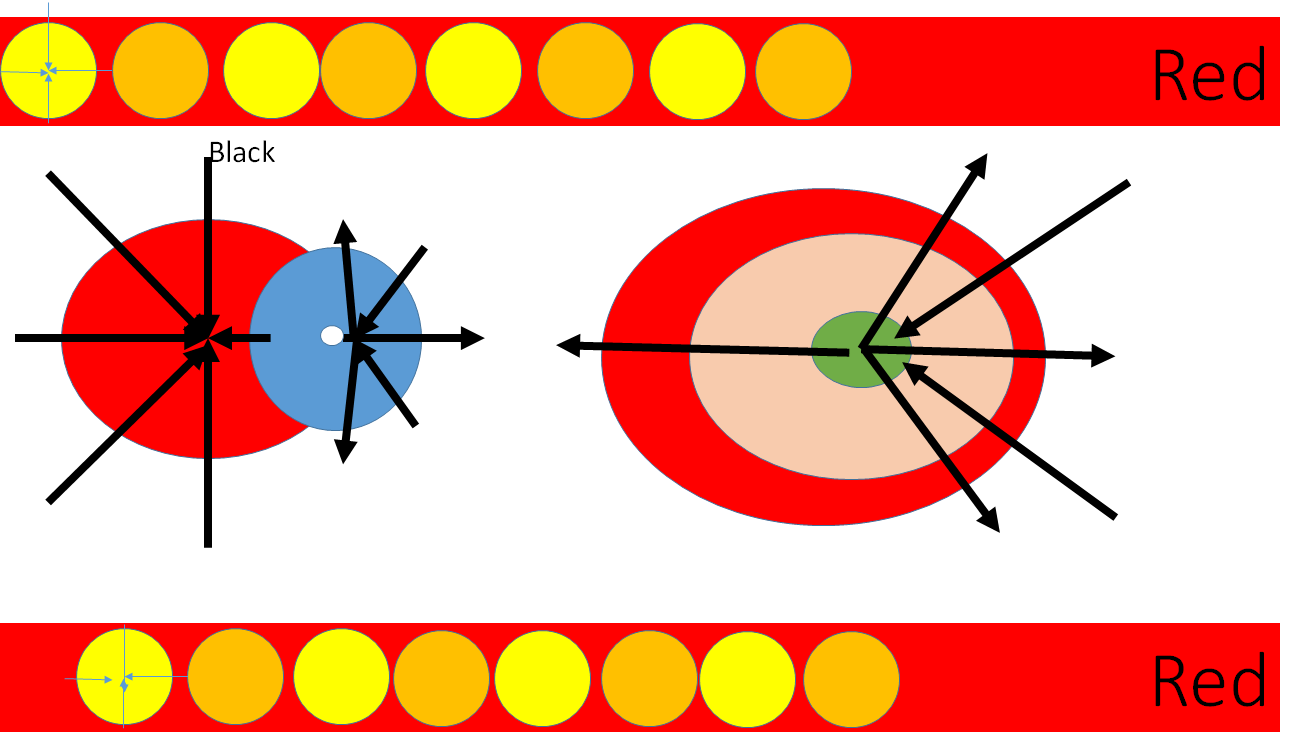 One of my favorite soaps is the pure olive oil soap. I have sensitive skin and they are the best for me. On the other hand the soap mass traces so slow I have enough time to make my swirls. To make it more Hungarian, I added some Queen of Hungary Water, which is the first alcohol based pefume made in Europe, for a certain Hungarian queen.  I red about its history and saw many recipes, but finally I made my own (since nobody knows witch was the original), using a large variety of herbs and apple vinegar: 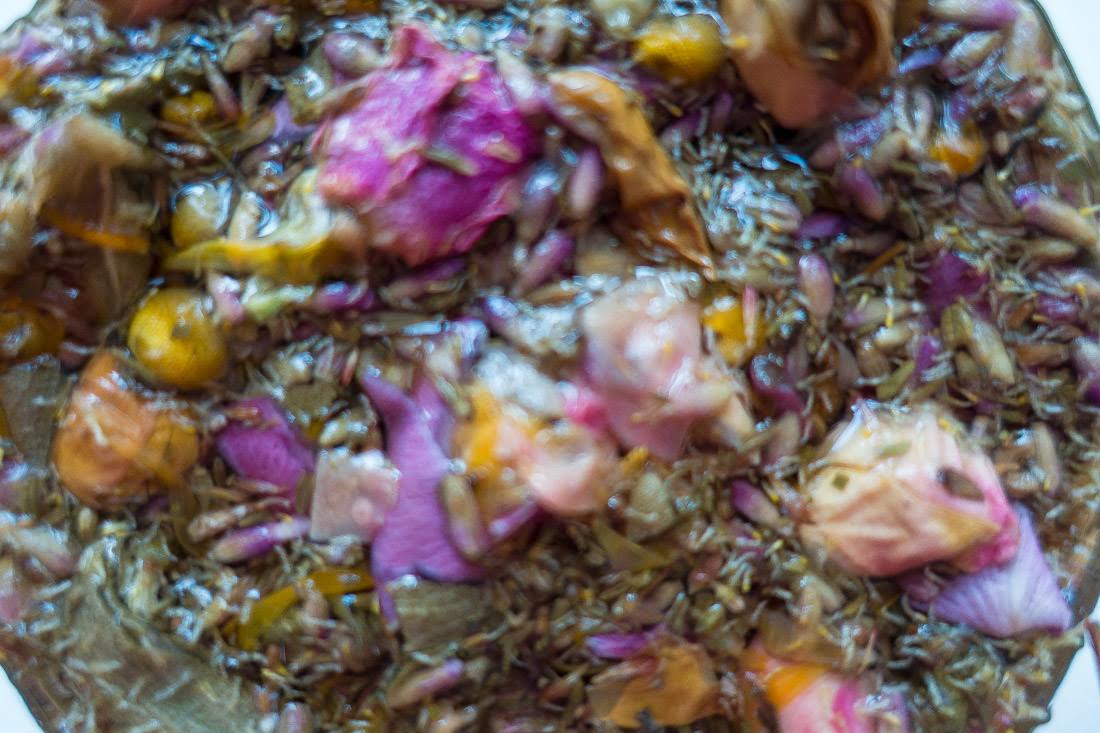 Here are some rose petals, lots of rosemary, mint, lemon balm, lemon peel, sage, lavender, walnut leaf, chamomile, marigold, all in apple vinegar. To not having problem with the lye I neutralized it before use with baking soda. 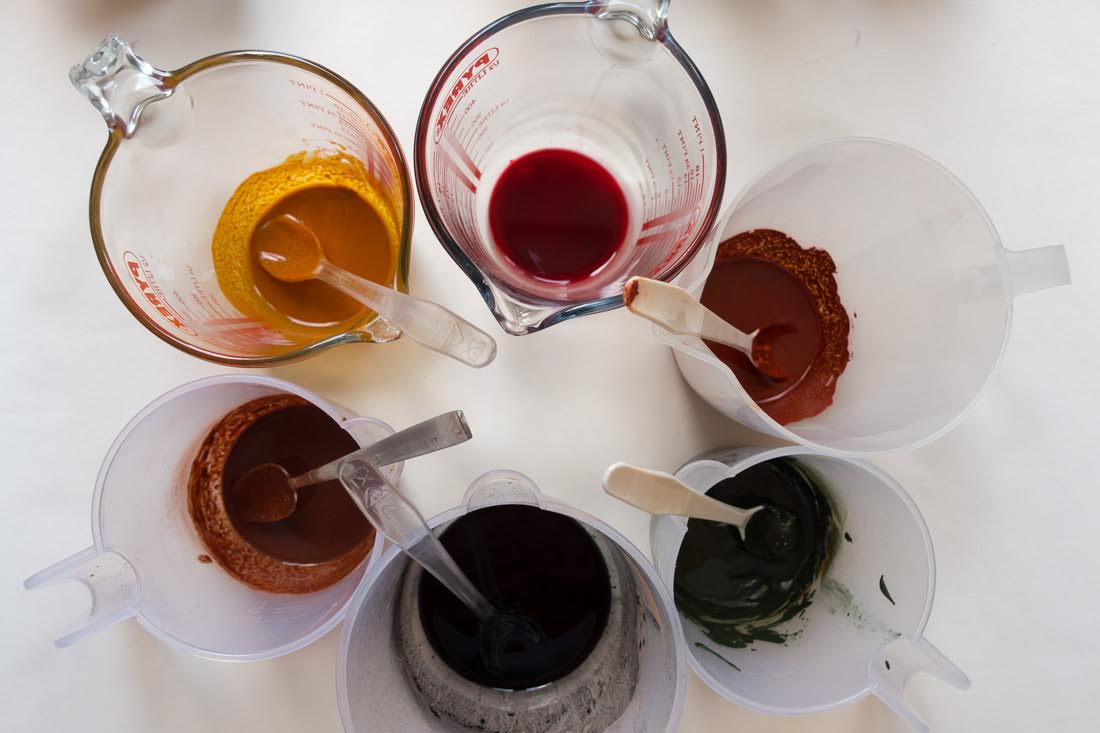 Instead of water I used goat milk and marigold tea and for better quality some additives, like unrefined brown sugar, Himalayan pink salt, sodium lactate and citrate, all dissolved in the neutralized vinegar infusion.

I had the base white, but I put all my essential oils in that base (rosemary, mint, lemon grass, sage and geranium), hoping a light trace for my top. Unfortunately it was a bit harder  than it was supposed to be (probably because the sodium acetate), but the result is quite good.  Thanks to its structure it really looks like those beautiful embroideries. Here is the freshly made soap in the mold: 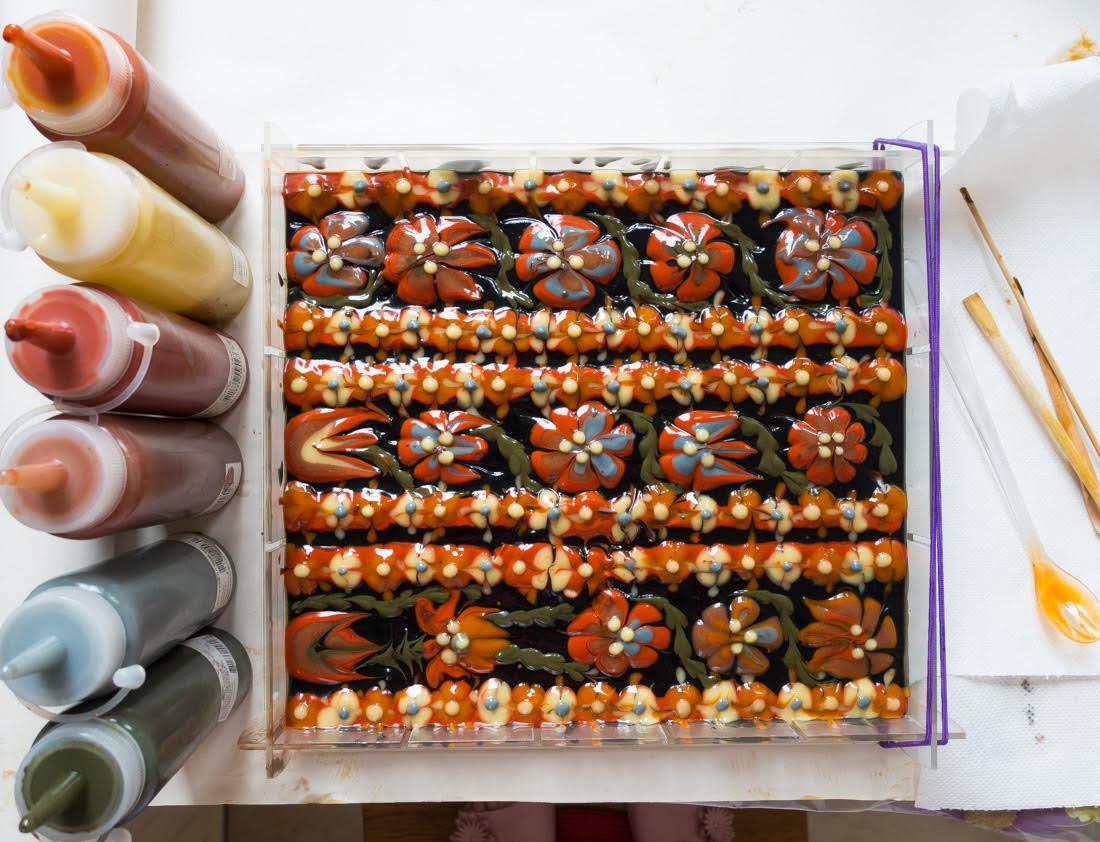 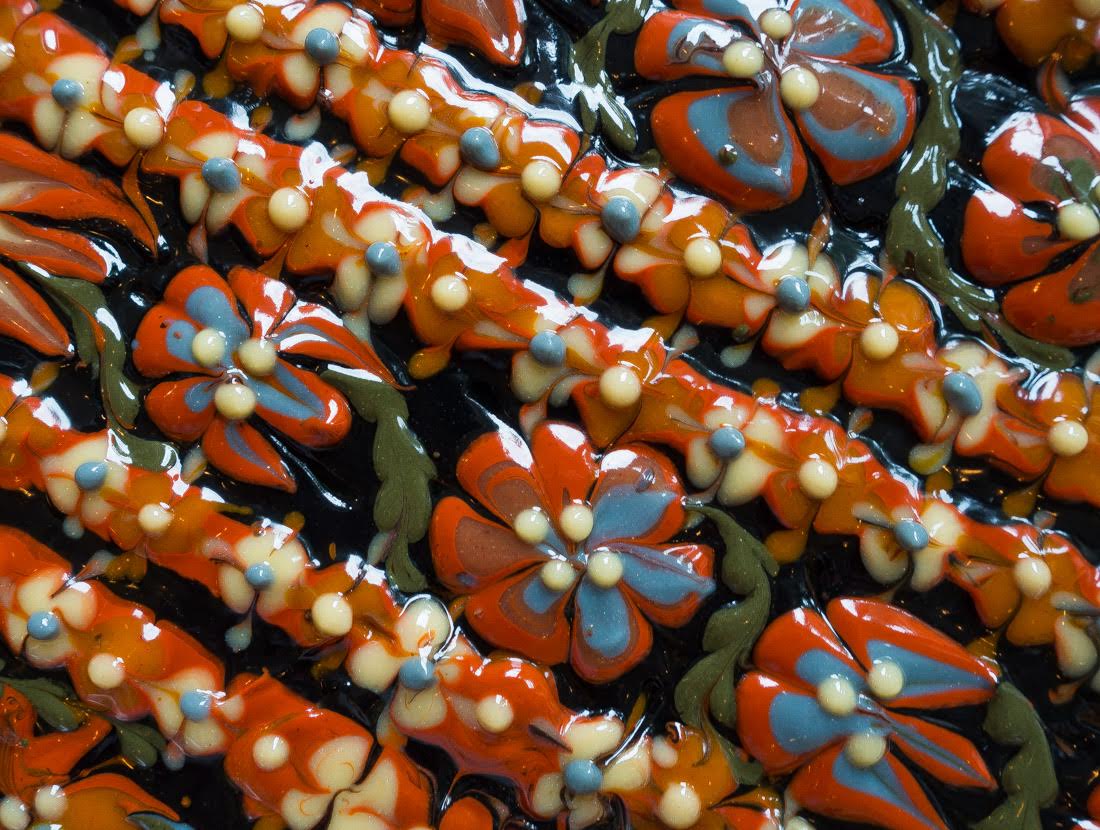 And the next day, after gelled in the oven: 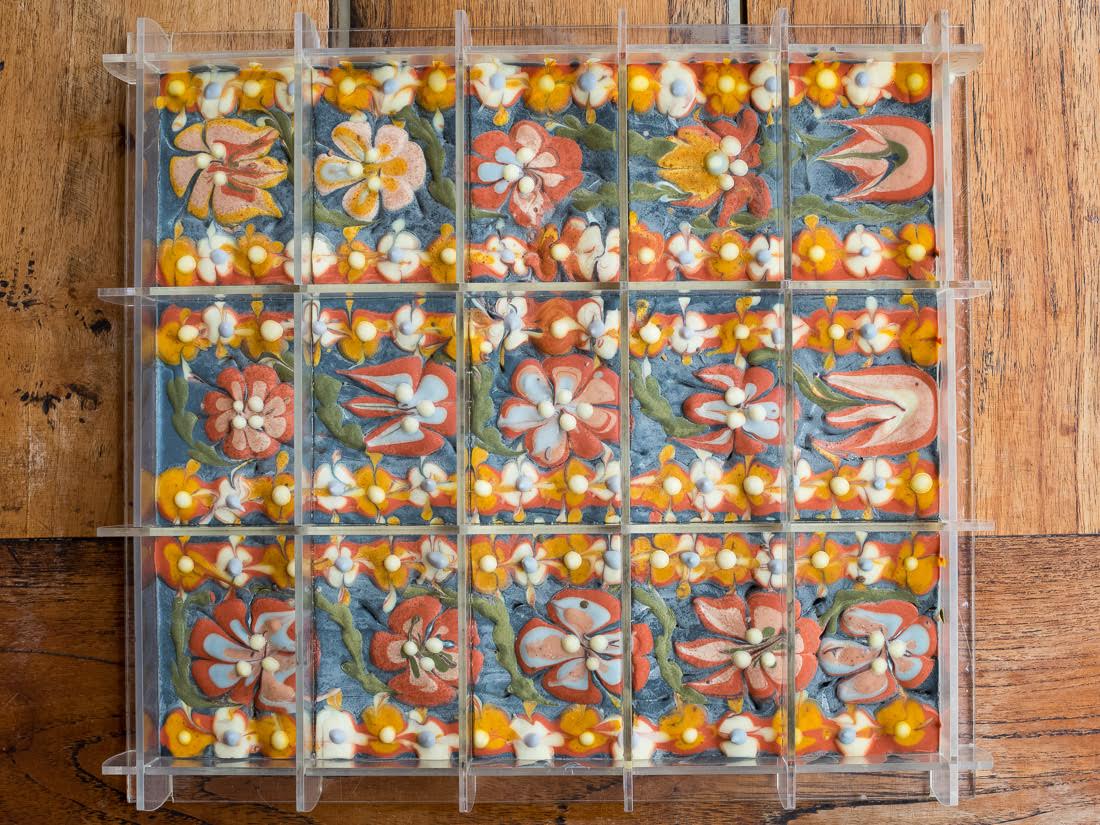 The colors whitened a bit, which happens all the time when I use other sodium salts in my soaps, nevertheless they look great. Here are some pictures after cleaning them a bit: 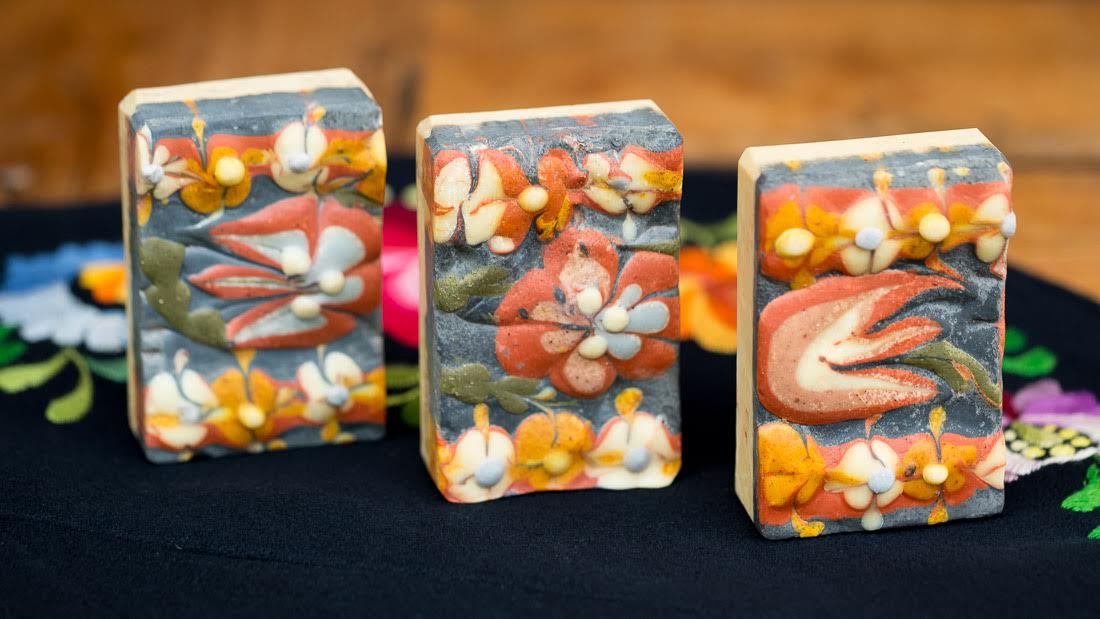 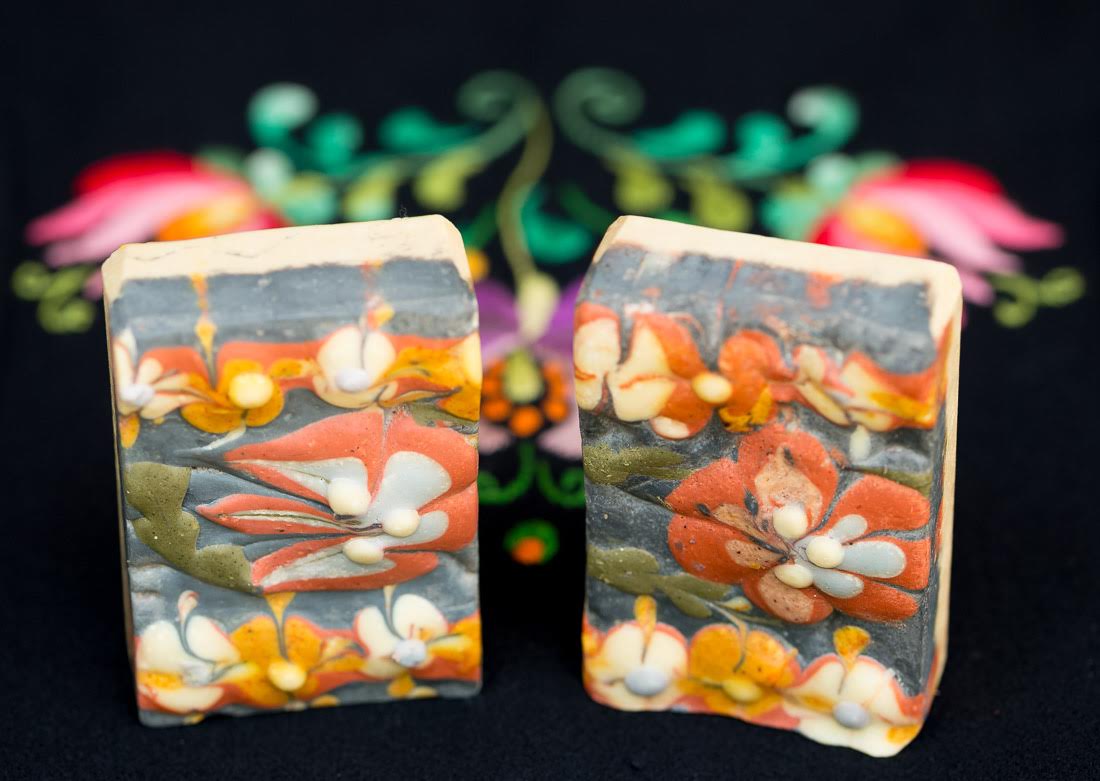 The beautiful waistcoat under my soaps was made by my mother long time ago.  I keep it in memories of her. 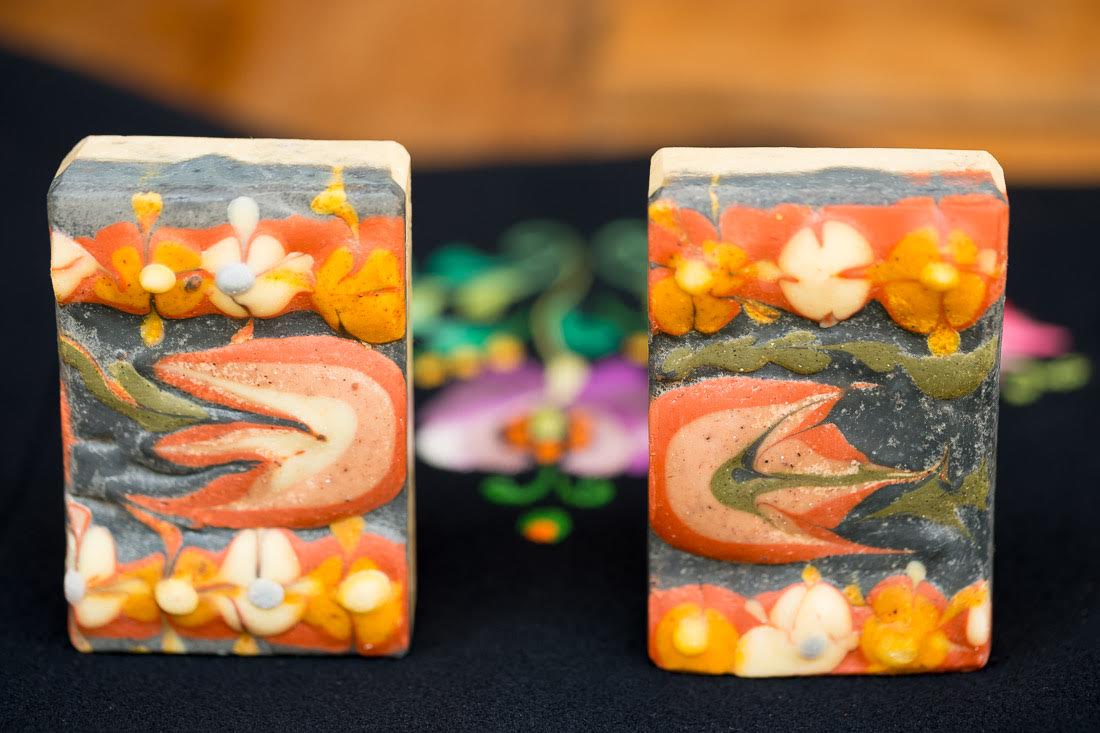 As  usual, the photographer was my husband, Tamas Gaidosch.  Here are his great photos (one of his galleries is dedicated to my soaps):

Just as the pure olive soaps in general, this soap will show its best after a half year of curing.

Thank you all, I am glad you liked my work :)
Válasz erre
Mégsem
Mégsem